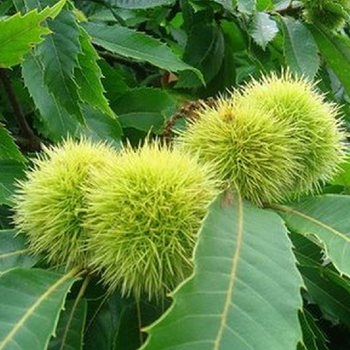 It is produced by the nectar and the honey secretions of chestnut tree, which is considered to be a good bee plant and is quite common in the Greek mountains.

Melithi chestnut Tree Honey is collected in Parnon. Parnon is a 1940m high mountain that separates Arkadia from Laconia. This sacred mountain of god Kronos (Saturn) is a botanical paradise full with fir and chestnut trees, yet rather unknown to most people. Follow a net of paths and track roads that invite you to discover incredibly beautiful landscapes as well as villages that have not been “spoiled” by tourism: Kastanitsa is a characteristic example.

The color of this honey varies according to its origin from light brown to dark brown or even black, if it is a honeydew.

Highly aromatic honey. Intense taste, slightly bitter and persistent. The taste of chestnut honey is so intense, that only a small amount of it can cover the taste of other honey varieties.

Chestnut Tree Honey increases blood circulation and acts as an antiseptic in certain dysentery cases. It has been proved to have a substantial antivirus action against certain micro-organisms like staphylococcus, enterococcus, helicobacter pylori and two kinds of candida.  It also has styptic, disinfectant and healing properties especially useful to the urinary system. It strengthens mental clarity, helps during pregnancy and in cases of venous inefficiency.

It takes a long time (1-2 years) before crystallizing.